or Create your own market report

Pedregal was the first gated master-planned community in Cabo San Lucas, and it was built into the steep granite hills that surround it. This sought-after spot proved to be a recipe for success, offering a beautiful Pacific Ocean beach with breathtaking views of Cabo San Lucas and Land's End. It was established in the early 1970s and quickly gained recognition as Cabo San Lucas' premier upscale address.

One of Cabo San Lucas' most prominent developments is still Pedregal as of right now. A number of the amazing houses constructed into the sloping lots seem to defy gravity by clinging to the cliffs in magnificent demonstrations of seemingly impossibly impossible design.

Additionally, Pedregal is home to Mexico's sole privately owned tunnel. On a secluded coastline, the tunnel leads to the upscale resort known as "The Resort at Pedregal." Most travel experts recommend The Resort as a popular destination.

The marina, the town's public beaches, and downtown Cabo San Lucas are all easily accessible from Pedregal. There is quick access to the city's renowned nightlife and numerous fine dining establishments. The residential areas tucked away within the Pedregal community benefit from this easy access to nearby activities.

For your family, the Los Cabos area offers a variety of educational alternatives, including public schools, private schools, and international schools. Because public schools are frequently overcrowded, many expats choose to enroll their children in private, multilingual schools. Many expats choose international schools for their children, such as Colegio el Camino, which offers K-12 programs. There are a variety of other options available in the area as well such as Colegio Amaranto International School, Instituto Peninsular, and Centro Escolar Picacho. 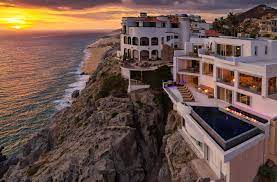 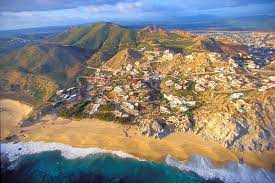